Jump Squad designed a huge temporary Freerunning park that was set up in the middle of Martin Place, in Sydney’s CBD. However, it was not just Jump Squad performers there. Telstra also got 2 trail bike riders to join our Freerunners on the set up.

Together, the Squad and the trail bikers smoothly coordinated and completed a 30 second performance every 5 mins, for five hours.

Over the day, the Squad did a large number of performances to tens of thousands of people who walked through Martin Place on a busy work day. The performances continuously drew big crowds of the fascinated public.

It was great to see the unsuspecting people in awe as they watched men jump, flip, swing and tumble in the middle of their daily commute. By the end of the day, we had a countless amount of spectators come to us and tell us how spectacular they the performance was.

Telstra later reported that their launch, which Jump Squad was the central pillar of, led 2,000 new customers into the new store!

It was a great opportunity to partner with Telstra and Mango to help their launch, with the largest Freerunning performance in Australia. It was a massive success and a lot of fun, we can’t wait for the next time! 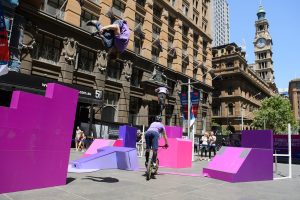 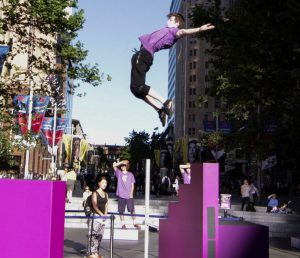 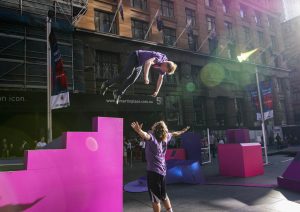 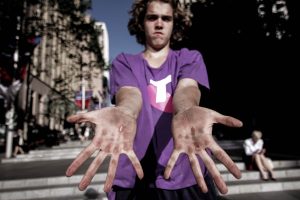